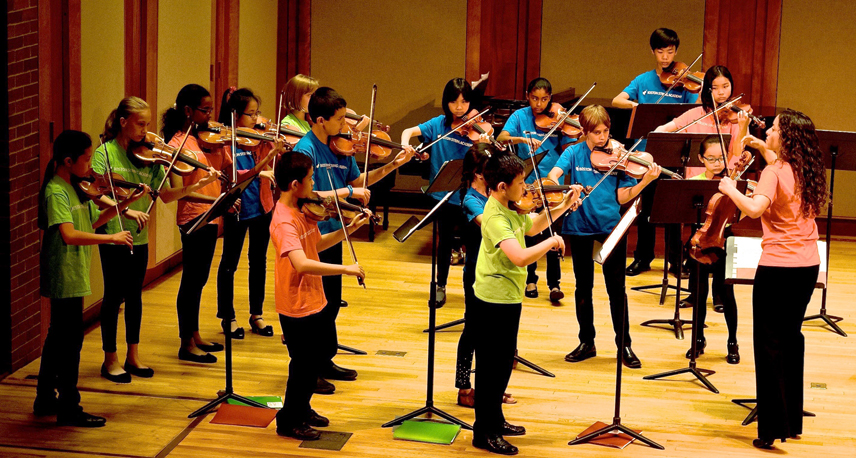 The National Take a Stand Festival is provided to students free of charge through a partnership between the Los Angeles Philharmonic, Venezuela’s FundaMusical, Longy School of Music, Aspen Music Festival and School, and Bard College.  For some students, the Festival was their first experience traveling out of state, and gave them the opportunity to collaborate with peers from different parts of the country as they work with exceptional master teachers and musicians on challenging musical repertoire.

Approximately 80 participants, ages 11-17, were selected for the Eastern Festival. (The western states’ Festival was held in Aspen in June.) Twenty-five participants were from Massachusetts, making it the largest delegation from any single state. Most of the Massachusetts students (including 13 from Boston String Academy, whose program is pictured above) also participate in programs supported by MCC’s SerHacer Program.

The El Sistema model originated in Venezuela with the goal of promoting social change and citizenship through music, primarily by providing orchestral music experiences universally.  In its 40 years, El Sistema has inspired thousands of music educators around the world.