Inside an unassuming Victorian-era building, just west of downtown Holyoke, is one of the nation’s most distinctive creative community development initiatives: The Care Center. It is an example of what can happen when culture and creativity form the foundation to dismantle systemic barriers for individuals, as well as communities.

Enter The Care Center, and on every wall, there is art by the students. Poems that probe the multiplicity of humanity’s realities fill the hallways. Drawings, photographs, and paintings are thoughtfully arranged and reflect various facets of each individual’s personality, journey, or a moment in time. Reminders of upcoming deadlines with the Department of Transitional Services, illustrated alphabet posters for toddlers, and notices of upcoming events hang all around. Young women’s voices, sighs, exclamations, and laughter float through the building, as each is a part of a transformative effort that seeks to break the cycle of poverty.
END_OF_DOCUMENT_TOKEN_TO_BE_REPLACED

Youth voice is essential to creative youth development. We’re asking youth leaders to speak to the power of culture as active agents in their own growth:

Reed, a prominent African-American photographer born and raised in the New Bedford area, captured the city’s landscape and influential citizens over the course of his 34-year photography career.

Studying the history of New Bedford and photography as well as the business of the discipline, apprentices gained insight into Reed’s aesthetic and artistic style. 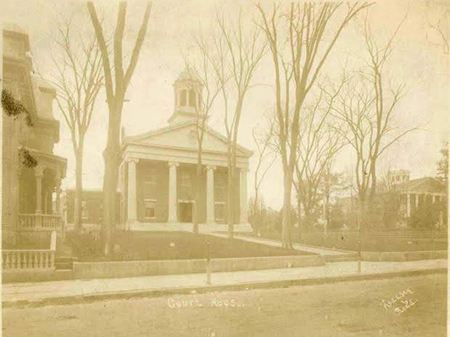 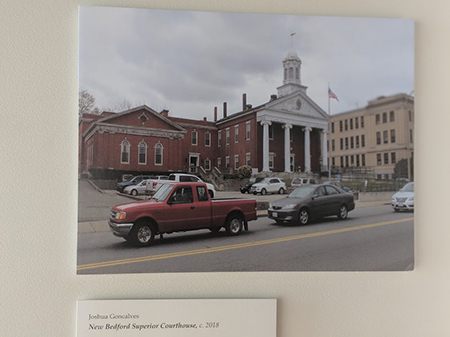 New Bedford Superior Courthouse: Past and Present (recreated by Joshua).

They explored the history of New Bedford through the eyes of the photographer, gaining inspiration for their project; honoring Reed’s legacy by recreating his work with modern-day influential community members (selected by the group) and local landmarks depicted in his pieces. Through this project, youth also showcased the shift in photography over the years. 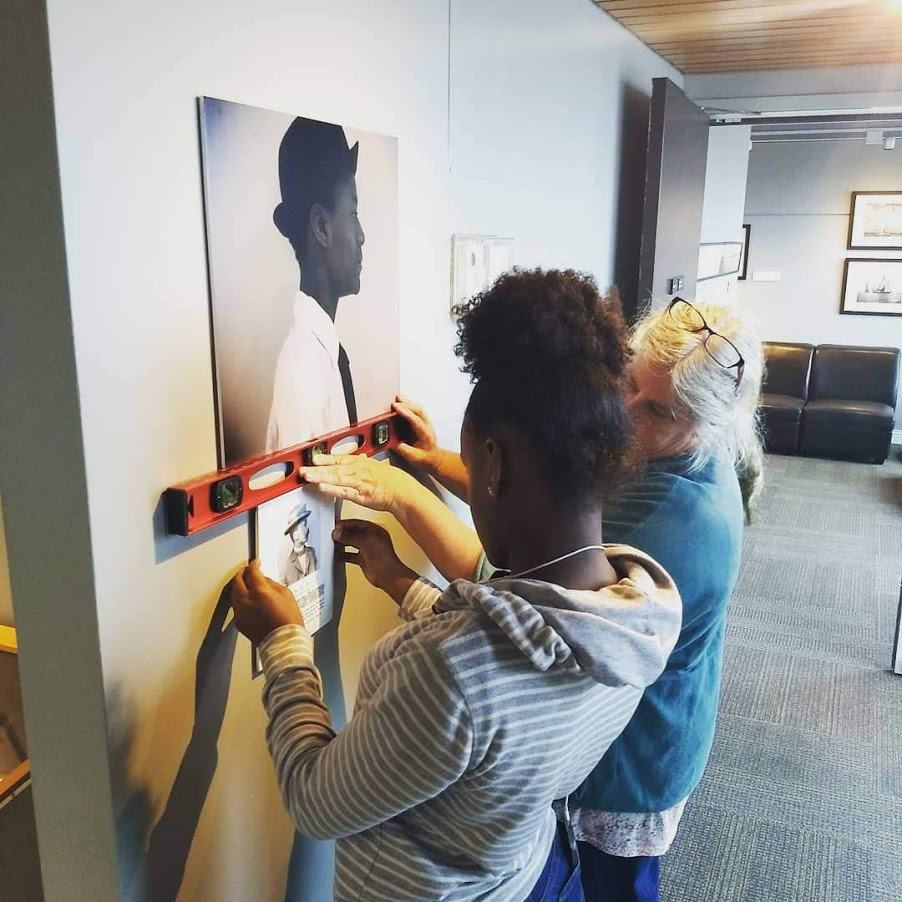 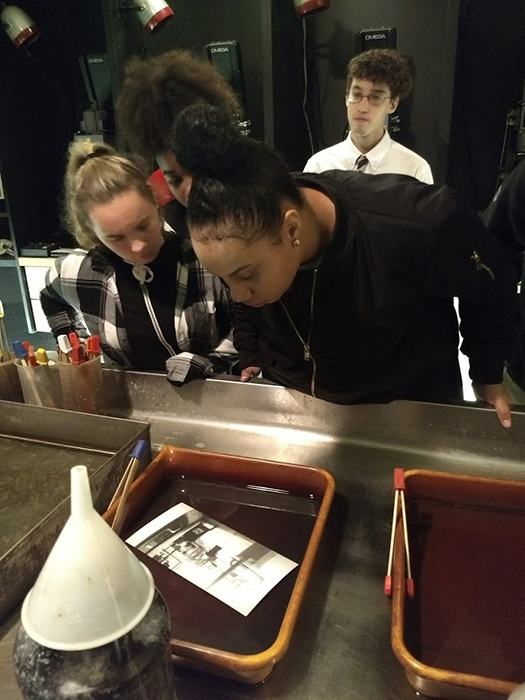 Recipients of Mass Cultural Council’s 2018 Amplify grant, Reed’s Modern Studio exhibition was on display in the museum’s San Francisco room in the Summer of 2018. 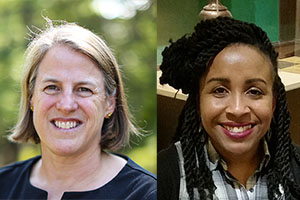 The City of New Bedford wanted to increase its high school graduation rates. As their response, New Bedford Whaling Museum launched the High School Apprenticeship Program, which provides resources and support to students that deepen community engagement and cultivate college and career readiness. Director of Apprentices and Interns Christina Turner and then Vice President of Education and Programs Sarah Rose share how the apprenticeship program has grown into a nationally-recognized model for creative youth development – with a 100% graduation rate for its participants. 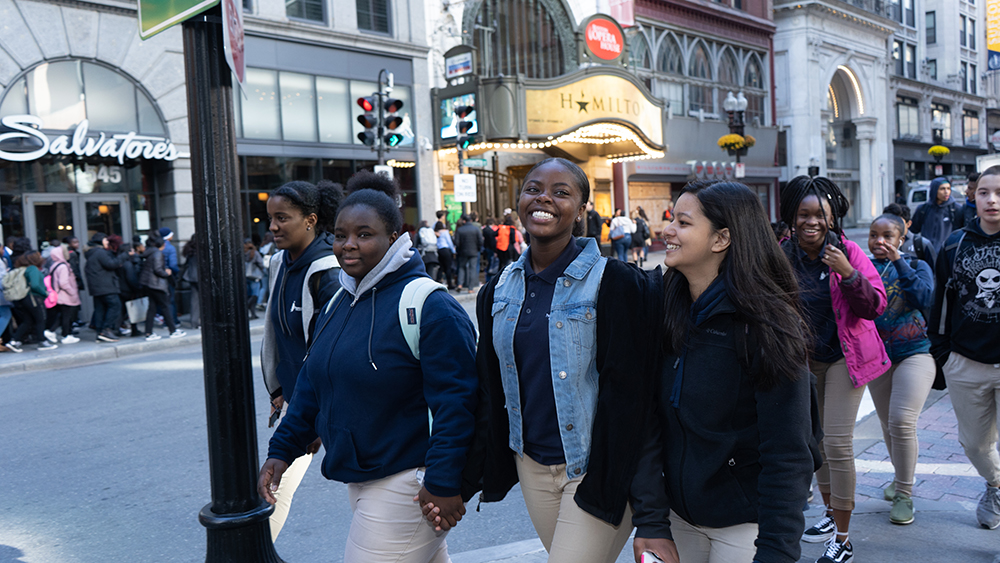 This fall Hamilton, the musical and cultural phenomenon, drew standing-room-only crowds from adults and children of all ages during its run at the Boston Opera House. Along with the show came the Hamilton Education Program — a partnership between The Gilder Lehrman Institute, the producers of Hamilton, and the Lin-Manuel Miranda family — in which students from high schools with high percentages of low-income families are invited to see the show and integrate Alexander Hamilton and the founding era into their classroom studies.

2,500 students from schools across Massachusetts attended two stirring special events in Boston, where young people performed their own Hamilton-inspired dance, music, and spoken word on the very stage where the play had been performed. These impassioned readings and performances were accompanied by thundering applause and cheers from an audience that owned each line being recited. By presenting an original work on the founding era, each young person had earned their way to this stage, using their creativity to bring history to life through monologues, rhymes, songs, and poems.

Before the show, teachers guided students through a unique, hands-on class project using Gilder Lehrman Institute resources to introduce the people, events, and documents of the founding era. Students also learned how Miranda, the creator of Hamilton, incorporated primary sources into the songs he wrote for the show and used that knowledge to produce their own performance pieces.

Mass Cultural Council proudly supported this unique learning opportunity, as schools took advantage of our Big Yellow School Bus grants to give students a chance be part of the cultural movement sparked by Miranda’s genius. Many of our Creative Youth Development programs participated actively, bringing their vision and voice onto the stage:

“Hamilton inspired me to take a chance. Like Alexander Hamilton, don’t wait for things come to you. Like Aaron Burr; you’ve got to go for it.” – Luis Gonzalez, Margarita Muñiz Academy student

“I think Hamilton‘s deeper meaning shows us that there are many perspectives to see something and we should always keep an open mind.” – Francely Rosario, Margarita Muñiz Academy student

“Hamilton showed me that in life, there is nothing that can give you what you want. You need to work hard to get what you want.” – Adonis Jimenez, Margarita Muñiz Academy student

“Hamilton made me think of more ways one can be creative with art.” – Edwin Padilla, Margarita Muñiz Academy student 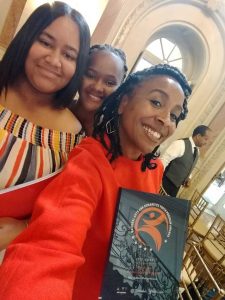 For almost two decades, the President’s Committee on the Arts and the Humanities has presented the NAHYP Awards, the nation’s highest honor for out of school arts and humanities programs that celebrate the creativity of America’s young people, particularly those from underserved communities. Presented annually in partnership with the National Endowment for the Arts , National Endowment for the Humanities  and the Institute of Museum and Library Services, the award recognizes outstanding Creative Youth Development (CYD) programs from all over the country from a range of urban and rural settings. (See all 2017 Awardees.)

The NAHYP Award showcases and supports excellence in programs that open new pathways to learning, self-discovery, and achievement. Programs are also recognized for improving literacy and language abilities, communication and performance skills, and cultural awareness.

To date, 51 students have graduated from the Museum’s High School Apprenticeship Program, 100% have graduated from high school and 94% pursued some form of post-secondary education. About 40% of alumni have returned to the museum as part-time employees, interns, volunteers, and guest speakers.

Out of a pool of over 350 NAHYP nominations nationwide, three Massachusetts programs were also recognized as finalists this year:

The achievements of these programs speak to the exemplary work in the field of CYD happening across the Commonwealth and a strong testament to all of those committed to working with youth to achieve social change through the arts, humanities, and sciences.

On a Thursday afternoon in March, students at New Bedford Whaling Museum’s High School Apprenticeship Program are  diligently at work. Decked out in goggles and gloves, they use a blueprint to construct a boat – a life-size replica of a small, paper model. From assembling to smoothing, gluing and prepping, students take care of the entire operation.

Apprentices exemplify the mission of the program with clear professionalism, goal-oriented motivation and resourcefulness. As students directed a tour through the diverse galleries describing the exhibits with a comfortable familiarity, it was clear that the museum is a second home.

“I have learned about some of the components that are used to make boats and actually how to build a boat. I have also learned how to handle my personal finances.” – Kelton, youth participant

“This program has challenged me because it’s made me more open and more comfortable talking to people.” – Darlene, youth participant

“[The Apprenticeship Program] has challenged me to practice my English” – Suely, youth participant

“The program has really challenged me to find a balance between school and work.”  – Ryland, youth participant

“Traveling to Iceland [with the program] was honestly one of the most amazing experiences I’ve ever been given. It really changed my outlook on people and I’d really love to go back and explore more.” – Alexandra, youth participant 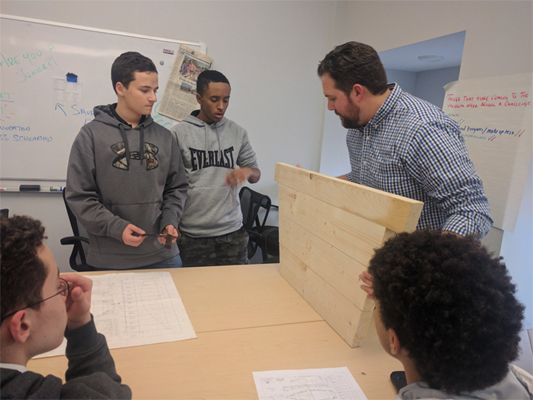 To date, there have been 47 graduates from the Apprenticeship Program. 100% have graduated from high school and 93% have pursued post-secondary education. This year, an apprentice will attend an Ivy League school in the fall, the first of the program’s graduates to do so. A second program graduate is also scheduled to receive their Master’s in 2018. The program boasts a strong alumni base with past apprentices returning to the museum as part-time employees, interns, volunteers, and guest speakers.

The group’s boat is set to float at the Boat Launching Party on May 20 at the Community Boating Center of New Bedford. 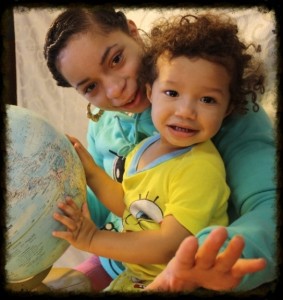 Congratulations to Jasmine Colon-Thomas, alum of the Care Center in Holyoke, who has been named the January Massachusetts Poet in the Spotlight by Mass Poetry. Her poem “What I Do Remember” will take your breath away!