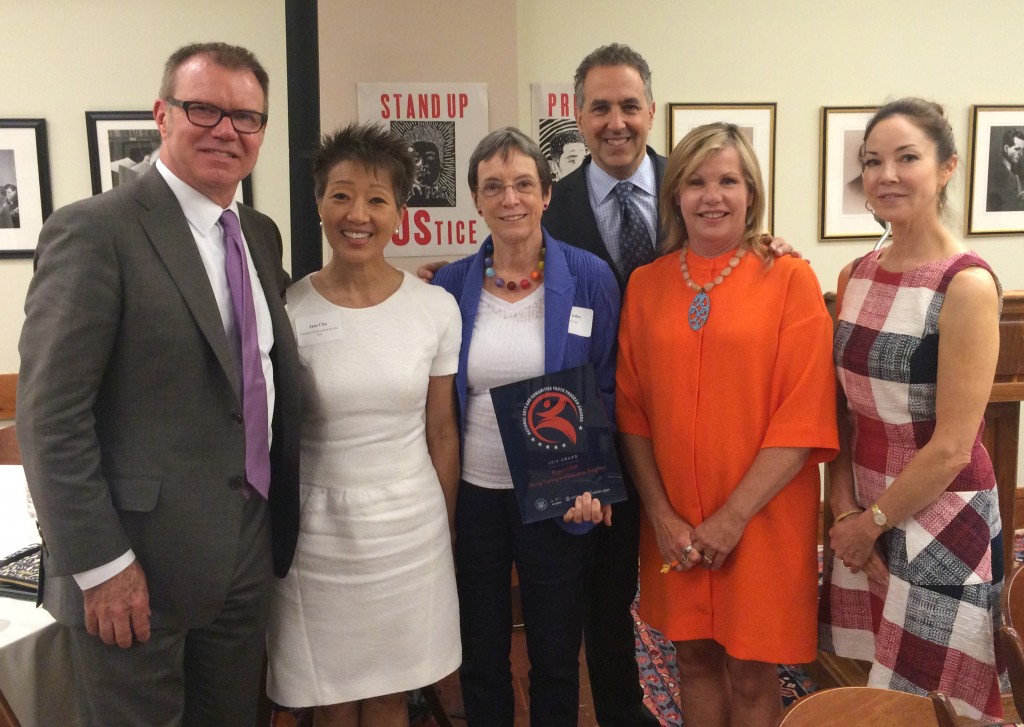 Last week National Endowment for the Arts Chairman Jane Chu joined us as we celebrated a recent NEA grant to the National Guild for Community Arts Education to support a collective impact initiative and the creation of the first-ever blueprint to advance Creative Youth Development (CYD). The National Guild accepted this grant on behalf of the national CYD partners: The Massachusetts Cultural Council, the President’s Committee on the Arts and the Humanities, Americans for the Arts, and The National Guild. Representatives from CYD programs throughout the country attended the event.

MCC Executive Director, Anita Walker praised and thanked Massachusetts leadership in the field which has included investments of more than $11 million over the past two decades.

On her remarks, Chu reinforced the importance of creative youth development, which integrates the arts, humanities, and sciences with youth development principles. “Arts education fosters bright, creative, and socially engaged students who will grow up to be our next leaders, parents, teachers, artists, and engineers. Because of your work, you are giving them the tools to lead their best lives.” Chu said with gratitude.

To conclude the program, Project STEP students performed and Project STEP Executive Director, Mary Jaffee, who is stepping down after 11 years, received a recognition for her work. In 2014 and under Jaffee’s leadership, Project STEP received the National Arts and Humanities Youth Program Award for its rigorous, comprehensive, year-round classical string training program for underrepresented minorities. This is the highest recognition in the nation.